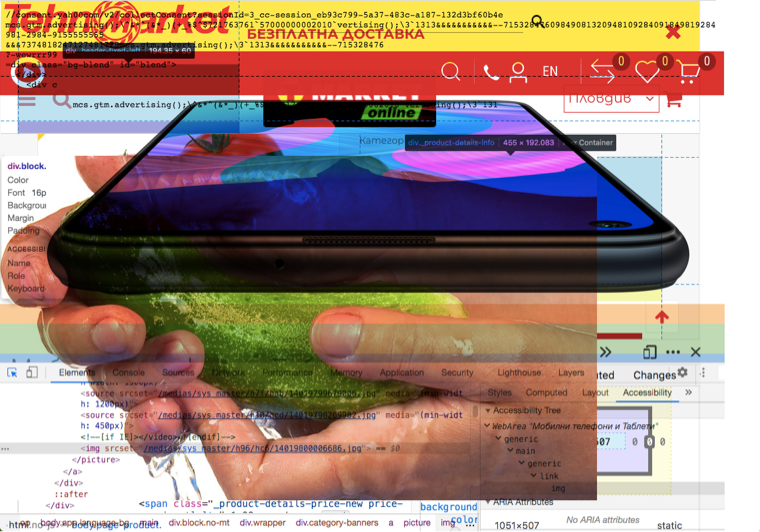 BGx.BG медийна храна is a nostalgic work. In many ways, it is about the internet as it was intended.

In the early days of the internet, only a few generic top-level domains (gTLD) such as .com, .net, and .org existed. The internet was a place of promise, a place where anyone could meet everyone, where your contacts were not “friends nearby” but rather, people with shared interests, far away.

Then, in the mid-1980s, country code top-level domains (ccTLD) were created, and with it, as Dirk Paesmans says, “it was as if the real world entered the internet”.

Years later, in response, Paesmans and Joan Heemskerk, together known as artist collective JODI, created the Wrongbrowser, a series of web browsers, which stubbornly loaded web pages each from a single, different country code top-level domain. One browser only loaded Korean web pages, while another would load only pages from German domains.

BGx.BG медийна храна is part of a series of new works by Paesmans, where each work is dedicated to one country or region, or juxtaposes two different countries. In this series, Paesmans attempts to re-find this original approach of discovery to the internet. BGx.BG медийна храна was created specifically for the exhibition at gallery Gallery.

In BGx.BG медийна храна, Paesmans combines elements from Bulgarian online supermarkets and electronics retailers, juxtaposing what have become basic necessities of life. Paesmans’ exploration of these sites weaves together the visual and typographical language of Bulgarian websites, with their underlying technological structure.

BGx.BG медийна храна also includes a layer of text, which ranges from an endless series of advertisement tracking tags and cookies to fragments from a 2018 article in a Bulgarian business publication about IBM’s Project Debater, in which, in the reading of the publication, an AI squares off against, and almost beats, human debaters.

Dirk Paesmans is an artist who lives and works in Dordrecht, the Netherlands. He studied under Nam June Paik at the Staatliche Kunstakademie Düsseldorf before attending CADRE, the electronic arts laboratory at San Jose State University in California. Dirk started his career as a video artist, and has worked since 1995 with Joan Heemskerk as the artist collective JODI, known for their pioneering net-based artworks.